You are here: Home1 / Individuals2 / Addiction

“Addiction is a primary, chronic disease of brain reward, motivation, memory and related circuitry … Addiction is characterized by inability to consistently abstain, impairment in behavioral control, craving, diminished recognition of significant problems with one’s behaviors and interpersonal relationships, and a dysfunctional emotional response. Like other chronic diseases, addiction often involves cycles of relapse and remission. Without treatment or engagement in recovery activities, addiction is progressive and can result in disability or premature death.”—American Society of Addiction Medicine
(This is a short definition of addiction that appears at the beginning of an 8-page-long definition adopted by ASAM; https://www.asam.org/resources/definition-of-addiction.)

As exemplified in the above statement by ASAM, today most professionals in the fields of medicine, mental health, and addiction treatment accept the disease model of addiction. See Addiction and the Brain section for additional information.

In my practice, I treat the context of addiction as well as the mental health side of a dual diagnosis (aka co-occurring disorders). In the latter case, a client typically comes to see me in the aftercare phase or as someone whose symptomatology falls under Category I of the Quadrants of Care Model developed by the National Association of State Alcohol and Drug Abuse Directors and the National Association of State Mental Health Program Directors (see the Dual Diagnosis section).

Context refers to issues such as poor self-concept (self-esteem, self-worth, self-efficacy), adverse childhood experiences and other family of origin problems, intimate relationship dysfunction, and work challenges. This does not mean that the client has a mental health diagnosis in addition to addiction; it simply may be the case of suboptimal functioning in one or more areas. Addressing these areas helps the client in his/her recovery process.

While the term addiction is commonly used by both professionals and the public, the official language is slightly different. The above definition of addiction corresponds most closely with the diagnosis of severe substance use disorder (e.g., Alcohol Use Disorder, Severe, code F10.20) as defined in the Diagnostic and Statistical Manual of Mental Disorders, 5th ed. (DSM-5, published in 2013 by the American Psychiatric Association). The severity of a substance use disorder is based on the number of symptoms the individual experiences. As a general estimate, mild refers to 2-3 symptoms, moderate to 4-5, and severe to six or more symptoms out of 10-11 that are listed as diagnostic criteria. 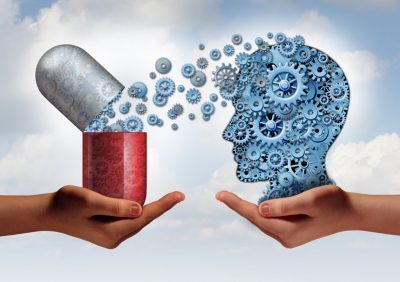 Common Features of Substance Use Disorder
There is a common cluster of cognitive, behavioral, and physiological symptoms, as well as underlying changes in brain circuits that may persist. The following 11 diagnostic criteria exist across all 8 classes of drugs (exception: the criterion of withdrawal is not listed in the DSM-5 for hallucinogens and inhalants):

Impaired control over substance use
1. Taking larger amounts or over a longer period than was originally intended
2. Trying to reduce or stop the use of the substance, with multiple unsuccessful efforts to do so
3. Spending a great deal of time obtaining, using, or recovering from the substance (in severe cases, virtually all of the daily activities revolve around this)
4. Experiencing craving, that is, an intense desire or urge for the substance (reward structures in the brain are activated, making it difficult to think of anything else), which often signals an impending relapse

Pharmacological criteria
10. Tolerance: An increased dose is needed to achieve the desired effect, or the effect is reduced when the usual dose is consumed. Changes are seen in how the substance affects the central nervous system, such as how it has previously affected respiratory depression, feelings of sedation, and motor coordination
11. Withdrawal: Behavioral, cognitive, and physiological changes that occur when someone who has engaged in heavy, prolonged substance use suddenly stops or significantly reduces such use

NOTE: Although tolerance and withdrawal are common features, neither is required for the diagnosis of a substance use disorder.

How Substance Use Begins
In general, the initial decision to try alcohol or other drugs is voluntary. If the first use produces positive effects, the individual may turn to the substance again in order to feel the desired effect. Here are some common reasons why people start to use drugs:

Go to the section on Addiction and the Brain to learn more.

Risk Factors
The most prominent risk factors are biology, environment, and the route of administration. 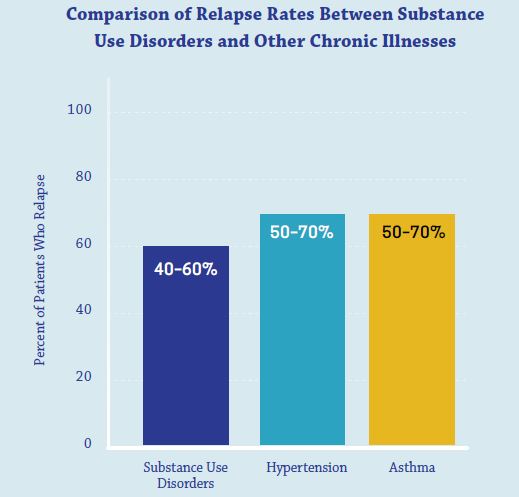 A Final Note About the DSM-5
Substance-related disorders are grouped together with addictive disorders in the DSM-5 because they activate the brain reward system in similar ways. Currently, the section on addictive disorders contains just the Gambling Disorder, with additional disorders possibly on the way in the next update or sooner. Other so-called “behavioral addictions,” such as those related to compulsive sex, exercise, shopping, or Internet gaming are not officially recognized in the DSM-5 because there is insufficient evidence to identify them as mental disorders.